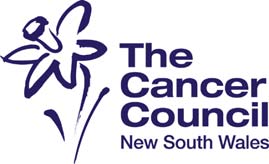 • Varenicline has been introduced into Australia as a smoking cessation aid that targets nicotine receptors in the brain, potentially reducing nicotine withdrawal symptoms; • It is not a nicotine replacement therapy (NRT); • Nor is it an antidepressant like Zyban; • It is listed on the Pharmaceutical Benefits Scheme (PBS) on a prescription-only • It is a relatively new product and its efficacy and side effects are not well- • Importantly though, on 20 November 2007 the United States Food and Drug Administration following reported cases of suicidal thoughts and occasional suicidal behaviour in some patients. • Other reported side effects include nausea, dizziness, headaches sleep problems and occasional suicidal thoughts and behaviour; • Potential dizziness makes driving unadvisable until an individual determines how • Those taking the drug should consult their GP if they experience any side effects; • As with all smoking cessation treatments, users can have unrealistic levels of expectation regarding the effectiveness of Varenicline.
Background

Varenicline (Australian brand name - Champix) is a third class of smoking cessation drug
that is an alternative to the existing treatments, nicotine replacement therapy and the
antidepressant bupropion hydrochloride (Australian brand name - Zyban).
The Cancer Council NSW – February 2008 Varenicline is not a nicotine replacement therapy (NRT) and does not deliver nicotine to the user. It reportedly works by specifically targeting nicotine receptors in the brain, which potentially reduces craving and withdrawal symptoms, and decreases the pleasure associated with smoking. Varenicline was registered by the Therapeutic Goods Administration in February 2007, and received approval by the Pharmaceutical Benefits Advisory Committee (PBAC) as short-term treatment in smoking cessation programmes in July 2007. Key reasons were that Varenicline was more effective in terms of treatment and more cost effective than bupropion (Zyban). It was listed under the Pharmaceutical Benefits Scheme (PBS) on 1 January 2008.
Data analysed in the PBAC decision to approve Varenicline as a short-term treatment
was derived from three studies published in July,, and August 2006. These studies
reported on long-term effects on participants who received 12 week courses of
Varenicline in closely monitored clinical trials. The average success rate over the three
studies was 22% after one year.
Use of Varenicline

Varenicline is taken orally in tablet form with water. The manufacturers recommended
dosage is 0.5 mg increasing to 1 mg per day during the first week of treatment. Dosage
for weeks 2 to 12 of the course is 2 mg per day.
PBS guidelines for use of Varenicline include requirements that:
• only one course of PBS-subsidised smoking cessation therapy per year will be • clinical review is recommended within 2 to 3 weeks of the original prescription • it is administered only to those over 18 years of age.
Cautions and concerns

On 20 November 2007 the United States Food and Drug Administration (FDA)
announced that it was in the process of evaluating the safety of Varenicline. The
announcement came after the drug’s manufacturer reported to the FDA post-marketing
cases of suicidal thoughts and occasional suicidal behaviour in some patients.
The FDA recommends that patients taking Varenicline are monitored for behaviour and
mood changes, and that patients taking the drug should report any behaviour or mood
changes to their physician (along with any other side effects).
(See the FDA media release on this matter at
including a patient information sheet can be found on the FDA website at


Two studies have reported that nearly 30% of participants reported nausea. Other side
effects listed by the manufacturer include stomach or bowel problems; headache;
dizziness; sleep problems; fatigue; increased appetite; and possibility of allergic reaction
to Varenicline.
Due to the potential of experiencing dizziness and drowsiness, those taking Varenicline
in the UK have been advised not to drive while taking the medication, at least until it is
determined how it affects the user.
Recommendations

Varenicline may work in a limited of cases if, as advised by its manufacturer, it is taken in
concert with a genuine desire to quit smoking, counselling and changes to behaviour,
specifically to avoid situations and environments that encourage smoking.
As with all smoking cessation treatments, patients have unrealistic levels of expectation
as to their efficacy. In large part this due to published results of closely managed clinical
trials, the conditions of which do not necessarily translate to real world situations.
References