This article describes a Response to Intervention (RTI) model of service delivery implemented within a rural elementary
school for students in kindergarten through fifth grade experiencing significant emotional and behavioral difficulties. A
multi-tiered model is presented that includes school wide interventions in Tier 1, as well as a six separate interventions
applied within Tier 2 and Tier 3. These included applied behavioral analysis, social skills training, counseling, differentiated
instruction, cognitive behavioral interventions and parent involvement designed to assist identified students with improving
prosocial skills. Nine children were treated within this program model over a two year period, resulting in two students
being placed in special education under the category of emotional disturbance by the project’s termination. Positive and
negative aspects of the project’s implementation are reviewed, along with directions for future research. 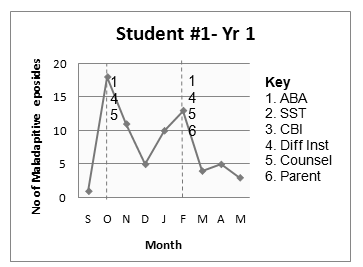 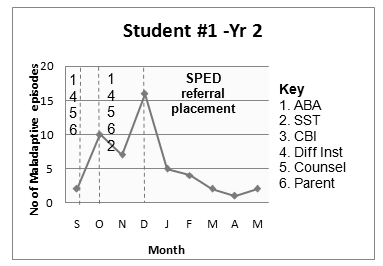 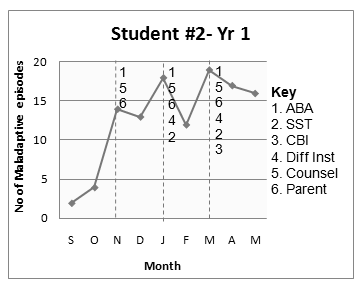 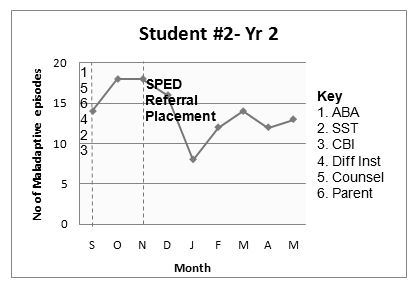 classroom during December of the second year. It is Five of the students responded favorably to the significant to note the intervention team referred the student interventions within the RTI model, even though none of the for special education services due to the student’s interventions were able to be faded during the course of the aggression toward peers. Apart from this aggressive program implementation as described in Barnett, Daly, behavior, the student’s progress was considered good. Jones and Lentz (2004). Their progress is displayed in Student 2’s behavior was not substantively improved over the two years despite the implementation of all the The other two students also responded favorably to the interventions. Referral to special education was once again interventions within the RTI model. In addition, these two the result of aggressive behavior toward both peers and staff students were able to maintain positive behavioral adjustment following fading of interventions (Figure 4). Figure 1. Progress graphs for students 1 and 2 for the first two years of the RTI program. 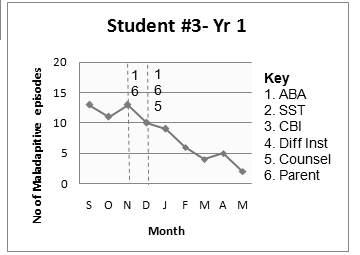 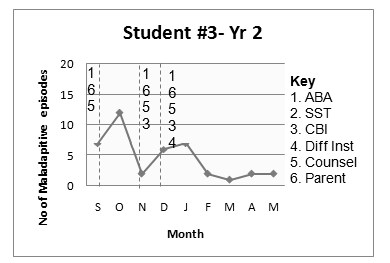 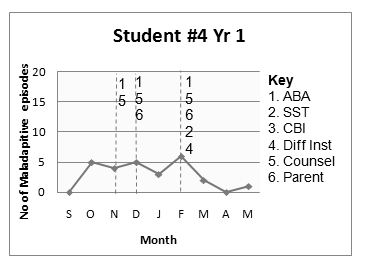 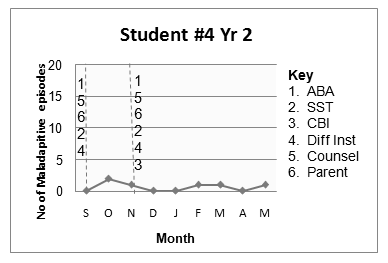 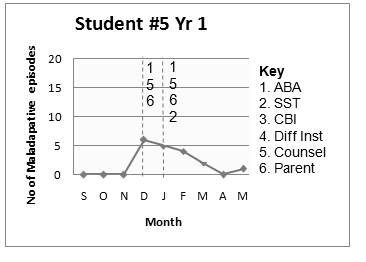 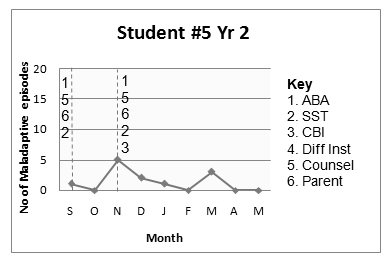 Figure 2. Progress graphs for students 3, 4 and 5 for the first two years of the RTI program. 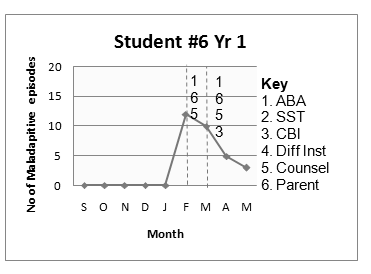 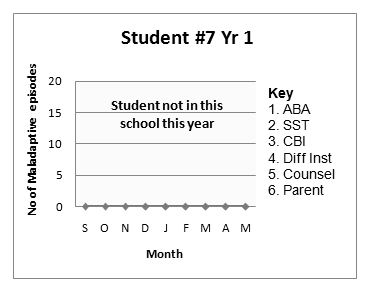 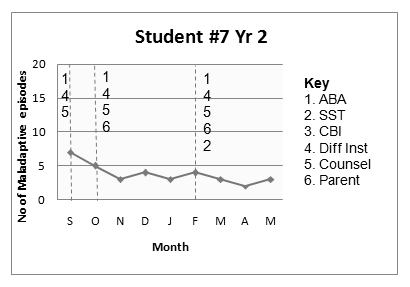 Figure 3. Progress graphs for students 6 and 7 for the first two years of the RTI program.
In reviewing the figures, several questions arise prosocial behavior. Despite this belief, information gained concerning timing and implementation of the interventions on fidelity of implementation suggested otherwise. across the nine subjects. First, the decision regarding when Classroom teachers frequently reported challenges with to initiate particular interventions for specific students was following through with reward systems and antecedent determined by the intervention team (including the parents). condition strategies. Counseling and parent involvement Several factors were considered by the intervention team were two other strategies which were implemented with including ease of implementation, the developmental level relative ease. The developmental level of the student also of the student, the presenting problem, and the results of impacted implementation. The intervention team felt FBA. Second, the general problem solving method utilized kindergarten and first grade students were the least likely to within the RTI model suggested additional interventions benefit from cognitive behavioral interventions and social should not be implemented if the student’s behavior was skills training due to the heavy emphasis on meta-cognition improving. Likewise, interventions were generally added with these procedures (Dobson, 2001). Third, the use of when maladaptive behavior was accelerating relative to the FBA throughout the process guided the intervention team in level from the previous month. As can be noted, ABA, implementing various strategies. In the event the FBA counseling and parent involvement were generally suggested behavioral problems may be the result of social introduced first. It was felt by the intervention team that skill deficits, that training would be initiated. In the case of these strategies were the easiest to implement and resulted student 1 the intervention team felt he may benefit from in the least time out of the general education setting. Most learning the social skill of “asking for help when frustrated.” teachers felt they could easily implement reward systems for As such, that intervention was initiated during the second 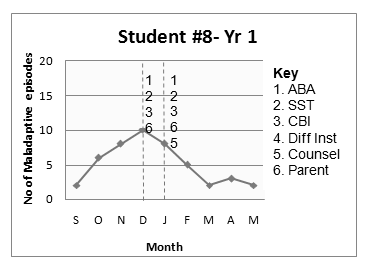 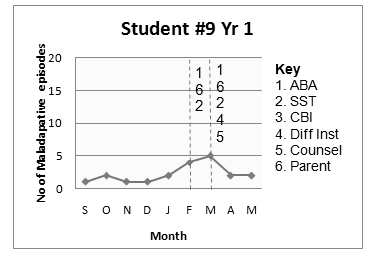 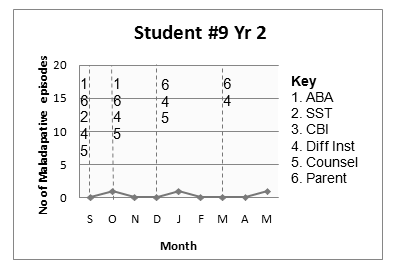