New Inhaled Liposomal Cyclosporine A Formulation Gives Hope For Lung Transplant RecipientsLow-dose inhaled L-CsA formulation improves the pharmacologic profile, thehighly variable bioavailability, and the severe side effects of oral CsA.
According to the International Society of Heart and Lung and Pulmonary Drug Delivery features positive phase-1BTransplantation Registry, development of bronchiolitis clinical trial results for an inhaled liposomal cyclosporine A obliterans (BO) is the single most important risk factor for (L-CsA) for the prevention and treatment of BO. five-year mortality among lung transplant patients. BO is a Professor Jürgen Behr, head of the division of respiratory devastating, incurable disease of the small airways resulting disease at the Ludwig Maximilians University, Klinikum in airflow obstruction. This disease affects approximately Grosshadern in Munich, Germany, states: “PARI’s (PARI 60,000 patients worldwide. It is also a factor in other lung Pharma, Munich, Germany) encouraging results show it is diseases such as collagen vascular diseases, inhalation of feasible and well tolerated to deposit relevant amounts of L- toxic fumes, and respiratory tract infections. Once the dis- CsA into transplanted lungs. This has the potential to pre- ease develops, a high number of patients die of respiratory vent and treat BO in a more efficient way compared with current oral standard treatment. Inhaled L-CsA has a favor-able drug distribution to the target sites in the lung, which should lead to lower side effects than associated with sys- In 2006, more than 2,359 individuals were on the waiting temic cyclosporine exposure.” list for lung transplants, and 115 were waiting for heart/lungtransplants. In the United States, more than 1,400 lung transplants were performed, and more than 800 pediatric The body’s immune system is designed to fight infectionslung transplants were performed. and treats newly transplanted organs such as the heart, liver, Lung transplantation is a treatment option for children and and lungs as “invaders.” Cyclosporine (brand names: young adults with severe cystic fibrosis (CF), end-stage lung Gengraf, Neoral, Sandimmune) is an immunosuppressant disease, and other chronic lung diseases. CF is the most com- and lowers the immune system’s ability to fight infections. mon underlying disease that may require a lung transplant The current standard treatment for lung transplant recip- among children, adolescents, and young adults. Lung trans- ients is with oral cyclosporine A (CsA) which has severe side plants are now performed at all ages — from newborn to adult.
effects including kidney and brain damage, cancer, and vul- It is unfortunate to note, however, that bronchiolitis obliter- ans syndrome (BOS) accounts for 30% of the deaths in lung It has been demonstrated that PARI Pharma’s low-dose transplant patients. By the fifth year after lung transplantation, inhaled L-CsA formulation improves the pharmacologic pro- 44% of the recipients who survived at least 14 days after trans- file, the highly variable bioavailability, and the severe side plantation developed BOS. The survival rate for patients who effects of oral CsA. The investigational proprietary liposo- develop BOS is 20% to 40% lower than in patients without BOS.
mal formulation of 10 mg CsA/2.5 mL for inhalation is deliv-ered via a customized Investigational eFlow Nebulizer System (PARI Pharma, Monterey, CA). The L-CsA formula- The June 2009 edition of the Journal of Aerosol Medicine tion is based on an artificial lung surfactant carrier, is free of 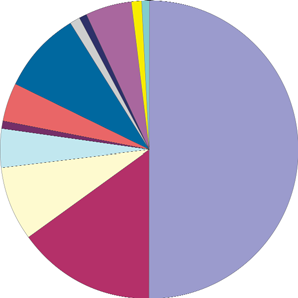 any irritating organic solvents, and consists of unilamellarliposomes with an average diameter of 100 nm, where a “The long-term survival rate for nanometer is one-billionth of a meter. The unilamellar lipo- lung transplant patients could somes are obtained via a high-pressure homogenizationprocess using standard pharmaceutical equipment be greatly improved through an(Microfluidics International Corporation, Newton, MA) fol- effective lowed by sterile filtration and lyophilization. It is important cyclosporine therapy.” to note that the product has been successfully scaled up toproduction batch sizes, and preliminary stability data indi- when compared to per orally ingested medicine (oral cate that a shelf life of more than two years at room temper- dosages). The fast medicinal action produced by inhalation delivery results from the large absorption area of the lung.
“The long-term survival rate for lung transplant patients For locally acting drugs, the onset of action is immediate.
could be greatly improved through an effective inhaled lipo- Systemically active inhaled drugs reach the blood stream somal cyclosporine therapy. Using our proprietary liposomal quickly — within seconds. Rapid onset of action is especial- technology we created an inhaled formulation free from irri- ly important for rescue medications (i.e., asthma products), tating solvents and optimized for administration via an as well as pain medication and time-sensitive therapies, Investigational eFlow Nebulizer System without destroying such as insulin. Patients cannot always afford to wait the 15 the liposome,” stated Dr. Manfred Keller, executive vice minutes or longer it often takes for a tablet to make its way president and chief scientific officer of PARI Pharma though the gastrointestinal (GI) tract.
Avoiding the GI tract offers, through inhalation therapy, It is also important to note that in May of 2009, PARI other advantages. Unlike per orally ingested medicine, received orphan drug designation from the Food and Drug inhaled drugs are not subjected to the first-pass metabolism Administration for its L-CsA, delivered via an effect that significantly reduces bioavailability. After a drug Investigational eFlow Nebulizer System.
is swallowed, it is absorbed by the digestive system. Theabsorbed drug is then carried through the portal vein into the liver. Some drugs are so extensively metabolized by the A principal benefit of inhalation therapy for a number of dis- liver that only a small amount of unaltered drug may enter eases (see figure 1) is the rapid onset of action, especially systemic circulation. Further, stomach contents and variable absorption levels among patients add to the variability of In addition to the problems of delayed onset of action and reduced bioavailability, per orally ingested medicines canalso cause undesirable side effects in the GI tract. In con- trast, medicines that are inhaled are better tolerated by thebody, and delivery via the respiratory system provides a friendlier chemical environment less destructive to the Injected drugs also avoid the problems associated with the GI tract, but needles are invasive by definition. In some instances, the social environment or physical constraintsaffecting the patient may make it difficult or sociallyuncomfortable to effect self-injection. Inhaled drugs are perceived as being more user-friendly than injections,resulting in better patient compliance for self-administeredmedications. Inhalation therapies also provide faster onsetof action compared with intramuscular injection.
Figure 1: Disease class for inhalation drug delivery (courtesy of Ventaira

tion. Inhalers and nebulizers of different types each have The destination of aerosol particles is critical to the efficacy the ability to generate aerosol particles of certain size range. of inhalation therapy. For locally acting drugs, the particles For liquid formulations containing soluble drugs, the size obviously need to be deposited in the area of the respirato- of the aerosol particle is largely a function of the design and ry tract requiring treatment. The treatment of asthma, for operation of the delivery device such as a nebulizer or example, requires the inhaled drug reach the lower airways “atomizer” that converts the liquid into a vapor or mist.
to achieve the desired therapeutic effect. However, for drugs in powder form and for insoluble drugs For systemically acting drugs, a high percentage of parti- suspended or dispersed in emulsions, the particle size in the deep in the periphery of the “The destination of aerosol par- product is critical. The for- that serve as the primary sites of inhalation therapy.” and are the fastest and most efficient area for absorption of duce uniform and optimally sized aerosol particles. For example, if a pharmaceutical company is formulating The extent of deposition of the inhaled particles (as liquid medication with suspended drugs, and the goal is to opposed to the portion exhaled) and the location of the dep- deliver aerosol droplets with a mean particle size of 3.0 µm, osition depend largely on the size of the particles and the the component drug suspended inside the liquid droplets must have a particle size smaller than 3.0 µm. Otherwise, Large particles in the range of 5-10 µm — where a the droplet would not be able to carry the drug and would micrometer, most commonly referred to as a “micron,” is remain “empty.” Therefore, when formulating liquid inhala- one-millionth of a meter — do not follow changes in the tion medication with suspended drugs, the size distribution direction of airflow and have a tendency to be deposited by of particles must be carefully adjusted and controlled.
inertial impact; therefore, they tend to be deposited in the The actual size of the drug particle depends on the type upper airways without reaching the site of action or reab- of dispersed system (suspension, emulsion, liposome, or col- sorption. Moreover, particles deposited in the mouth and loidal system). Studies performed clearly indicate that the throat can be swallowed and can lead to local or systemic inhalation efficiency with suspended drug particles will dra- side effects. This phenomenon is often observed with corti- matically increase when the drug size falls below 1.0 µm.
sone asthma medication, which can cause infections in the It may be noted that aerosol droplets are typically not uni- form in size but rather have a size distribution. In other Intermediate-sized particles (3-5 µm) can be carried fur- words, an aerosol with a mean particle size of 3.0 µm will ther, into the bifurcations and smaller airways of the bronchi contain some particles larger and smaller than the meanand bronchioles. Smaller particles (3 µm) behave more like size. gas molecules and follow the airflow all the way to the alve- A goal of inhalation therapy researchers is to continue their work to create drug formulations with uniform particle The smallest particles (0.5 µm) can fail to be deposited in size distributions, most often depicted as bell curve graphs.
the alveoli, and portions of the medicine can resultantly beexhaled, therefore not achieving the desired therapeuticlevels. Controlling the air velocity by slow inhalation will Bob Bruno is an established freelance writer with more than four
decades of experience in corporate management, marketing, and maximize the number of particles that reach the alveoli and sales and engineering. Until his retirement in 2008, he was president and COO of Microfluidics International Corp. for seven years and VP of marketing and sales the five previous years. In prior years, he was VP of marketing and sales at Azonix Corp. and VP and general man- ager at Inframetrics Inc., which is now FLIR Systems Inc. Early in his The size of the aerosol particle entering the body is a func- career he was senior aerospace engineer at Honeywel Radiation Center and at RCA. tion of the inhaler device and the formulation of the medica- He holds B.S.M.E. and M.S. degrees in Mechanical Engineering from Northeastern

Case: 1:10-cv-02278 Document #: 196 Filed: 06/02/11 Page 1 of 24 PageID #:3566 IN THE UNITED STATES DISTRICT COURT FOR THE NORTHERN DISTRICT OF ILLINOIS EASTERN DIVISION MEMORANDUM OPINION AND ORDER Class Counsel, on behalf of the 92 attorneys who collectively represent the Class and thestate-specific Subclasses, have filed a motion for approval of attorneys’ fees, costs and expense