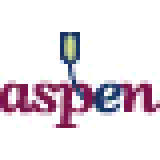 Biostatistics Primer: Part I
Brian R. Overholser and Kevin M. Sowinski The online version of this article can be found at: http://ncp.sagepub.com/cgi/content/abstract/22/6/629 can be found at:
Nutrition in Clinical Practice
Additional services and information for
Citations (this article cites 6 articles hosted on the
SAGE Journals Online and HighWire Press platforms): 2007 The American Society for Parenteral and Enteral Nutrition. All rights reserved. Not for commercial use or unauthorized distribution.
Invited Review
Biostatistics Primer: Part I
Brian R. Overholser, PharmD; and Kevin M. Sowinski, PharmD, BCPS, FCCPDepartment of Pharmacy Practice, Purdue University, School of Pharmacy and Pharmaceutical Sciences, WestLafayette and Indianapolis, Indiana; and the Department of Medicine, Indiana University, School of Medicine,Indianapolis, Indiana ABSTRACT: Biostatistics is the application of statistics
the scope of this review, but the importance of the to biologic data. The field of statistics can be broken down chosen sampling procedure should not be over- into 2 fundamental parts: descriptive and inferential.
Descriptive statistics are commonly used to categorize, In clinical studies, the specific individuals are display, and summarize data. Inferential statistics can be commonly patients or healthy research subjects. The used to make predictions based on a sample obtained from information collected from the subjects is referred to a population or some large body of information. It is these as variables. Variables are measurable characteris- inferences that are used to test specific research hypoth- tics or attributes of these research subjects (eg, eses. This 2-part review will outline important features of weight, age, blood pressure). The collected variables descriptive and inferential statistics as they apply to are used as estimates of the actual population char- commonly conducted research studies in the biomedical acteristics. The specific type of the variable collected literature. Part 1 in this issue will discuss fundamental is important to determine how to properly summa- topics of statistics and data analysis. Additionally, some of rize the data and to determine what type of statis- the most commonly used statistical tests found in the tical test should be used to test a specific hypothesis.
biomedical literature will be reviewed in Part 2 in theFebruary 2008 issue.
Variables can be classified as qualitative and quantitative. Qualitative variables can be furtherclassified as nominal or ordinal. Nominal variables,also referred to as categorical variables, are descrip- The Basics
tive for a name or category. For example, the sex of a research subject is a commonly collected nominalvariable (ie, male or female). Sex is an unordered Sampling is the most fundamental concept in categorical variable. Categorical variables that have both descriptive and inferential statistics. Sampling a specific order associated with them are termed is the process of randomly obtaining information ordinal. For example, nutrition studies in patients from larger bodies of information called populations.
with chronic liver disease often assess the baseline It is these samples that are used to describe or make severity of liver function using the Child-Pugh score inferences about the entire population. A sample is (class A, B, or C).2 These variables are categorical obtained from a larger population because in most and more specifically ordinal because a class A score instances, especially in the medical field, it is impos- has a better prognosis associated with it than class sible to study the entire population. Therefore, sam- ples are obtained from the selected population Quantitative variables can be continuous or dis- according to the specific research question and are crete. A variable is by definition a continuous vari- used to predict valuable information about the able if it can take on any value within a given range.
entire population. Specific sampling procedures and By this convention, a continuous variable could take methods for assurance of randomization are beyond on an infinite number of possibilities for a givenrange. For example, age is an example of a continu-ous variable. Even if the protocol of a research studyonly recruits subjects between 20 and 30 years old,age remains a continuous variable in that study.
Correspondence: Kevin M. Sowinski, PharmD, BCPS, FCCP, There are still an infinite number of values that age Purdue University, Department of Pharmacy Practice, W7555 could take, even though there is a predefined range Myers Building, WHS, 1001 West Tenth Street, Indianapolis, IN46202. Electronic mail may be sent to [email protected]
for this study. Age can be reported in years, months,days, hours, seconds, and so on. Therefore, there is always a more accurate way to represent a continu- Nutrition in Clinical Practice 22:629–635, December 2007Copyright 2007 American Society for Parenteral and Enteral Nutrition ous measure, such as age, and it is dependent on the 2007 The American Society for Parenteral and Enteral Nutrition. All rights reserved. Not for commercial use or unauthorized distribution. 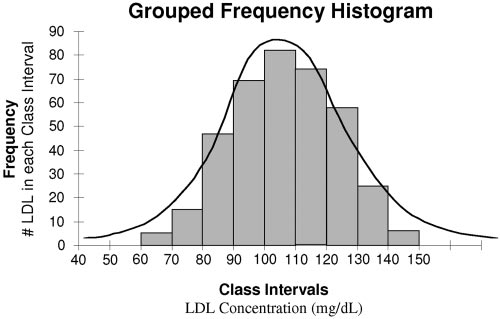 2014 SPECIAL NEEDS CAMPER APPLICATION: GROTONWOOD FOR OFFICE USE ONLYDate Rec’d ___________ IMPORTANT: This application will not be considered if it is returned incomplete, or without the Medical Record and required deposit of $250.00 per session for summer camp or $150.00 per session for weekend camps. NOTE: Holdover weekends are only available to Grotonwood

Dynamically Weighted Hidden Markov Model for Spam Deobfuscation Seunghak Lee Iryoung Jeong Seungjin Choi Abstract and its effect is limited. Other approaches involve varioussearch strategies. The Viterbi decoding is a time-consumingSpam deobfuscation is a processing to detect obfus-task for HMMs which contain a large vocabulary (e.g., 20,000cated words appeared in spam emails and