Business
Fewer drugs approved,
more money spent
WHERE’S THE BEEF?
Three years ago, when biotech was at its Wall Street heights, personalisedmedicine and its promise were on everyone’s lips. Billions of dollars were beingput to work to make targeted medicine a reality. and genomics was thesolution.
With the completion of sequencing of the This growth in expense, however, has not led to By G.Steven Burrill
a commensurate increase in drug approvals. Since 1996, there has been a decrease in the number of efficient discovery and development, and lead us to new drug approvals, even as pharmaceutical com- personalised medicine, the holy grail of healthcare.
panies pour more money into research and devel- Among the tip of the coming iceberg of drugs in opment. New molecular entity (NME) approvals this class are the breast cancer drug Herceptin (tar- in 2002 were five from the world’s 10 largest phar- geted to the overexpression of the HER-2/neu maceutical companies – fully half of 1998’s total.
gene), Gleevec for Chronic Myeloid Leukemia, In short, it has been a tremendous learning curve Strattera for attention deficit hyperactivity disorder, anti-cancer mab Iressa, and AIDS medications and In 2002, the ‘innovation gap’, or cost of the treatment regimen that takes into account specific learning curve expressed in the difference between patient viral loads for diagnosis and treatment. the money spent and the number of new drugs Customised medicine couldn’t arrive any sooner.
approved, was the largest it has been in 15 years But pharmaceutical and biotech companies, for the industry as a whole. Just last year, pharma together as an industry, are going through a diffi- spent $32 billion in R&D, but received approvals cult transition. Blockbuster drugs which have led on only 25 new drugs. The $32 billion was double pharma to record revenues in the past five years what the industry spent on R&D in 1997, and are moving quickly toward patent expiration, rev- enue erosion from generics and intense competitivepressure from new therapies in every indication. Incubation period
In working to innovate, pharma companies have So, why haven’t pharma and its newly found been increasing their research and development excitement with biotech, and these new tools been expenditure in line with growing revenues. R&D more successful? The answer is complex. In part, spending now averages more than 15% of sales.
the explosion in genomic, proteomic, metabolitic, 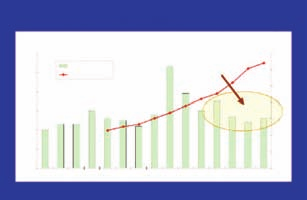 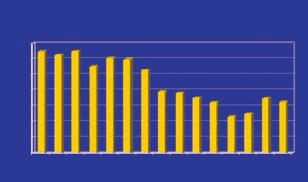 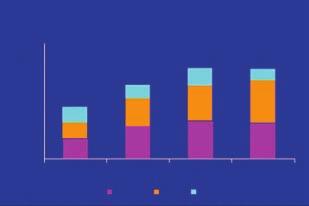 A fall can be a life changing event

Your Pills, the Heat and Sun of Summer By Lynn Harrelson, R.Ph., FASCP Senior Pharmacy Solutions Medication Therapy Management Services Everyone is eager for the warmer, sunny months of summer. We can’t wait for the warmth of spring and then, in a blink, we have the hotter, sunnier summer months. Our bodies adjusted better to these changes when we were y