& 2006 International Society of Nephrology A novel approach for accurate prediction ofspontaneous passage of ureteral stones: Supportvector machines F Dal Moro1,3, A Abate2,3, GRG Lanckriet2,3, G Arandjelovic1, P Gasparella1, P Bassi1, M Mancini1and F Pagano1 1Department of Urology, University of Padova, Padova, Italy and 2Electrical Engineering and Computer Sciences Department, Universityof California at Berkeley, Berkeley, California, USA The objective of this study was to optimally predict the Referring to the statistics on the incidence of kidney stone spontaneous passage of ureteral stones in patients with renal disease in industrialized countries, we understand how colic by applying for the first time support vector machines important it is to correctly analyze this pathology in order (SVM), an instance of kernel methods, for classification. After to predict accurately which patients need what sort of reviewing the results found in the literature, we compared intervention. Everybody agrees that considering the stone size the performances obtained with logistic regression (LR) and is the most important factor for predicting the spontaneous accurately trained artificial neural networks (ANN) to those passage of calculi.1,2 However, this does not seem discrimi- obtained with SVM, that is, the standard SVM, and the linear native enough when calculi are of mid-size dimensions. At programming SVM (LP-SVM); the latter techniques show an this stage, the urologist needs more information in order to improved performance. Moreover, we rank the prediction take a valid clinical decision, but there is no demonstrated factors according to their importance using Fisher scores and result as to which factor should be considered first and what the LP-SVM feature weights. A data set of 1163 patients are the actual interactions between all the factors.3 affected by renal colic has been analyzed and restricted to In literature, the statistical methodologies employed have single out a statistically coherent subset of 402 patients. Nine been the multivariate logistic regression (LR)4 and the clinical factors are used as inputs for the classification artificial neural network (ANN).5 In this work, we propose algorithms, to predict one binary output. The algorithms are to use the recently developed support vector machines cross-validated by training and testing on randomly selected (SVM),6–8 an instance of kernel methods, for classification, as train- and test-set partitions of the data and reporting the well as linear programming SVM (LP-SVM);9 these are in average performance on the test sets. The SVM-based general believed to outperform the ANN.8,10 approaches obtained a sensitivity of 84.5% and a specificity The paper will unfold as follows: along with a critical of 86.9%. The feature ranking based on LP-SVM gives the analysis of the results presented in medical literature – with a highest importance to stone size, stone position and special focus on the ANN – we describe how the statistical symptom duration before check-up. We propose a tests are performed. Critical results follow, and a discussion statistically correct way of employing LR, ANN and SVM for on their significance, both technically and clinically, is the prediction of spontaneous passage of ureteral stones developed. Conclusions mark the state of the art of our in patients with renal colic. SVM outperformed ANN, as well work, and define some future directions of our research.
as LR. This study will soon be translated into a practicalsoftware toolbox for actual clinical usage.
Kidney International (2006) 69, 157–160. doi:10.1038/sj.ki.5000010 Figure 1 plots the achievable true positive (TP) rate (i.e., KEYWORDS: urolithiasis; ureteral calculi; support vector machine; artificial sensitivity) versus true negative rate (TN) (i.e., specificity) for intelligence; statistical methods; neural networks the different learning algorithms. Each of the four plotscorresponds to a different learning algorithm. Each dotwithin a plot corresponds to the average test-set performanceobtained for a certain setting of the algorithm’s ‘hyper-parameters’, that is, parameters that are a priori chosen and Correspondence: FD Moro, Department of Urology, University of Padova are endogenous to the actual training procedure. The choice Medical School, Via Giustiniani, 2, Padova I-35128, Italy. E-mail: fabrizio.
of SVM and LP-SVM reflects the relative importance the training algorithm should give to false positives versus false 3These authors contributed equally to this work.
negatives. For the ANN and LR, these parameters are, Received 7 November 2004; revised 16 May 2005; accepted 8 July 2005 respectively, related to the actual structure of the network or Kidney International (2006) 69, 157–160 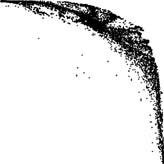