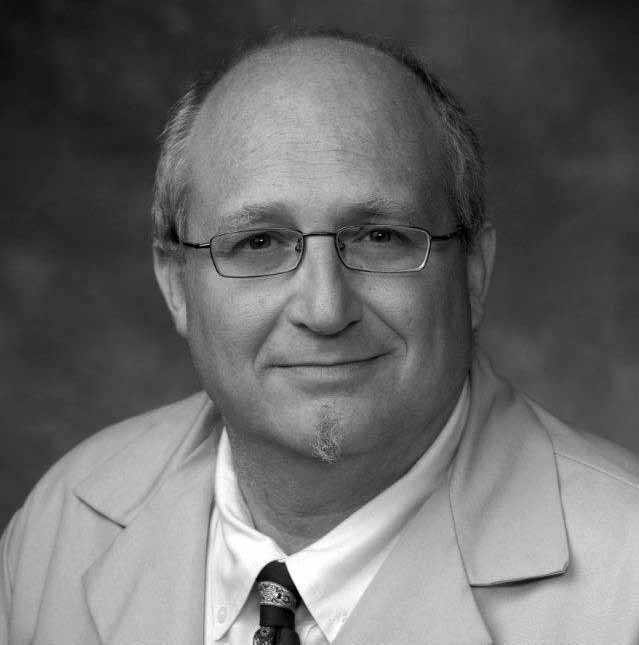 NOTABLE CANCER CENTER MEMBERStewart Goldman, MD MD, Associate Professor of Pediatrics at Northwestern University Feinberg School of Medicine, loves team endeavors. Selecting the medical center environment as his home field, he thrives on the multidisciplinary approach needed to deliver the best care for children with brain tumors. “It’s the ultimate team challenge,” he explains. “To this day, I still thoroughly enjoy being part of an effort that requires input from so many specialists to Medical Director and Gus Foundation Chair of Neuro-Oncology at the Ann & Robert H. Lurie Children’s Hospital of Chicago, Goldman focuses his clinical practice and research activities on pediatric brain tumors: specifically, brain stem gliomas. These difficult-to-treat tumors result in progression of 50 percent of patients within nine months leading to death in more than 90 percent in 18 months. Faced with this poor prognosis for his patients, Goldman long ago turned to advancing research in the field. He serves as the Chicago Principal investigator for the Pediatric Brain Tumor Consortium as well as the Children’s Oncology Group’s Developmental Therapeutics Consortium site at Lurie Children’s. As Director of the Clinical Trials Research Center at Children’s Hospital of Chicago Research Center, he is involved in developing and teaching new treatments for The Journal of the Robert H. Lurie Comprehensive Cancer Center of Northwestern University, Vol. XV “It’s exciting to be able to contribute to the neighborhood doctor.” While earning his care of these patients through novel therapies— medical degree at Loyola University’s Stritch School of Medicine in Maywood, Illinois, he consortium and collaborations with others became enamored with pediatrics during a around the world,” says Goldman, who is also clinical rotation and completed a pediatrics Interim Division Head of Pediatric Hematology, residency followed by a pediatric oncology fellowship at the University of Chicago. “I fell at Feinberg, and the Center for Cancer and in love with the subspecialty because I felt it Blood Disorders at Lurie Children’s. “At Lurie would allow me to be a tertiary care primary Children’s we offer therapies that can’t be care physician,” he says, “There were also wonderful opportunities to see cancer care improvements in the future for patients and Goldman and his team recently wrapped up their families.” After completing his subspecialty a Phase I study on the drug Xerecept. The training, Goldman joined the University of trial focused on the drug’s ability to enhance Chicago faculty, where among other leadership the lives of patients with brain stem gliomas. roles he served as director of the very fellowship While not a treatment for attacking the tumors program that had shaped him as a pediatric themselves, Xerecept helps control symptoms oncologist. Married to Dee, a nurse, and the with fewer of the severe side effects of the parent of three children, this Oak Park resident currently used steroid-based drug Decadron. Goldman has been partnering with colleagues in Northwestern’s Department of Medical Social Nurturing team members is another aspect Sciences on the outcomes research aspects of Goldman’s passion for the power of teams. of the brain tumor survivorship study. The He takes great pleasure in helping develop investigators hope to soon move to a Phase III future specialists in pediatric neuro-oncology trial to hasten the drug’s commercial availability. and neurosurgery through Northwestern’s He says, “Even while these life-threatening and Lurie Children’s fellowship program. tumors grew, patients and their families still “We’ve really been blessed to train terrific and experienced better quality of life with Xerecept compassionate rising stars who are going to than they would have had without it. Finding be great leaders in the field both nationally a cure is always our hope but improving the and internationally,” says Goldman, who lives of these kids in the meantime is important, serves as Clinical Practice Director of Pediatric Hematology-Oncology at Lurie Children’s. Several of his former fellows have stayed on, Another brain stem clinical trial recently joining the faculty at Northwestern.
launched at Lurie Children’s has Goldman excited about opportunities to better tailor In addition to infusing the pediatric neuro- treatment. Investigators hope to use molecular oncology team with new talent, Goldman looks markers identified via brain stem biopsies to forward to further strengthening ties with the individualize therapy in children and young downtown campus now that Lurie Children’s adults with newly diagnosed diffuse intrinsic has opened. “The new hospital has greatly pontine gliomas. “Lurie Children’s is the enhanced our ability to interact more closely second site of some 17 ultimate sites that is with our adult neuro-oncology colleagues and currently up and running, and we are leading basic scientists at the Lurie Cancer Center and in enrollments,” says Goldman, who admits he develop programs together,” he says. “This is does have a bit of a competitive streak.
definitely a case of one plus one equaling more Goldman in check as kids growing up in the Chicago area. Goldman attended the University of Iowa in Iowa City, where he earned his become a therapist. Several stints as an EMT in Illinois and Iowa, however, eventually pointed him in the direction of becoming a family medicine practitioner. “I was going to be your The Journal of the Robert H. Lurie Comprehensive Cancer Center of Northwestern University, Vol. XV

Bagels, Breads, and Rolls Wawa, Inc. has made reasonable efforts to provide ingredient information for each product based upon standard product formulations. This ingredient information may be affected by product changes, new product introductions or Fresh Bakeding, variations in sources of supply, regional differences, and/or seasonal differences. To customers with food allergies: Allergens ar