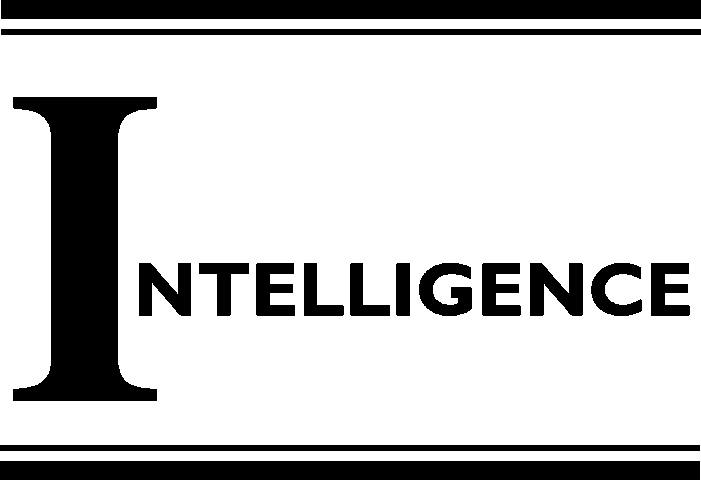 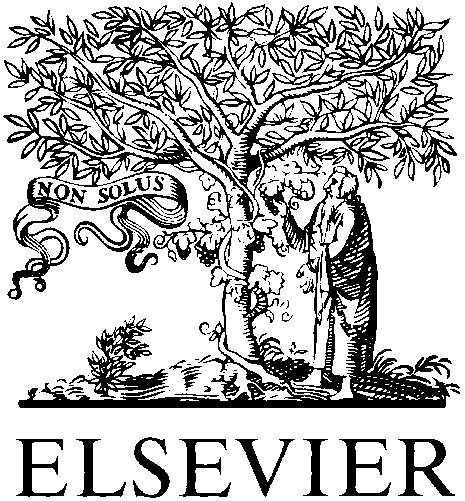 Examining neurochemical determinants of inspection time Con Stougha,*, J.C. Thompsonb, T.C. Batesc, P.J. Nathand aNeuropsychology Laboratory, BSEE, Swinburne University, P.O. Box 218, Hawthorn, VIC 3122, Australia bBrain Sciences Institute, Swinburne University, Hawthorn, VIC 3122, Australia cDepartment of Psychology, Macquarie University, North Ryde, NSW, Australia dNeuropharmacology Laboratory, Swinburne University, Hawthorn, VIC 3122, Australia Received 13 March 2001; accepted 13 March 2001 Inspection time (IT), an information-processing correlate of psychometric intelligence, has been extensively studied. Previous research has shown that IT is a reliable correlate of psychometricintelligence across different developmental periods, mirroring developmental trends of fluidintelligence. Despite this extensive previous literature, very little is known about the biological basisof IT. In the present review, we discuss recent results from our laboratories examining theneurochemical determinants of IT. In this review, we outline the significance of several studies inwhich performance on the IT task is measured before and after modulating key human central nervoussystem (CNS) neurotransmitters and receptor systems (e.g., cholinergic, serotonergic, noradrenergic,and dopaminergic systems). The results of these studies indicate a primarily cholinergic basis for IT,although other aspects of psychometric intelligence may have serotonergic and dopaminergicdeterminants in addition to a cholinergic basis. The results are consistent with data reportingcholinergic depletion and impaired IT performance in dementia of the Alzheimer’s type (DAT).
Speculatively, we propose that compounds that enhance the release of the neurotransmitteracetylcholine (Ach) will improve IT and the variance that IT shares with IQ test performance.
D 2001 Elsevier Science Inc. All rights reserved.
Keywords: Inspection time; Intelligence; Acetylcholine; Pharmacology * Corresponding author. Tel.: +61-3-9214-8167; fax: +61-3-9214-5230.
E-mail address: [email protected] (C. Stough).
0160-2896/01/$ – see front matter D 2001 Elsevier Science Inc. All rights reserved.
PII: S 0 1 6 0 - 2 8 9 6 ( 0 1 ) 0 0 0 7 7 - 0 C. Stough et al. / Intelligence 29 (2001) 511–522 Visual inspection time (IT) is defined as the minimum time an individual requires to reach near perfect response accuracy in a simple two-choice visual discrimination. Manipulating thetime between stimulus onset and the onset of a backward mask controls stimulus duration.
The backward mask acts to prevent further iconic sampling of the stimulus (Vickers,Nettelbeck, & Willson, 1972). IT is not dependent on response speed, and as such is notconfounded by changes to motor speed. IT is widely regarded as a measure of the early stagesof information processing (Deary & Stough, 1996). IT has been shown to correlate reliablywith performance on standard tests of psychometric intelligence (Deary & Stough, 1996,1997; Stough et al., 1996) and has been proposed as an experimental model for understandingthe biological basis of a component of human intelligence. Along these lines, there have beenmuch research describing developmental changes in IT across the lifespan that appear toapproximate changes in fluid intelligence (Anderson, 1989; Nettelbeck & Young, 1989,1990). Several studies have examined both empirical and theoretical relationships between ITand the cognitively more complex IQ, with reviews and meta-analyses concluding thataround 25% of the psychometric IQ variance can be reliably accounted for by IT (Deary &Stough, 1996; Kranzler & Jensen, 1989; Nettelbeck, 1987). Such findings, in addition to thetheory that differences in IQ may be a result of individual differences in mental speed, haveled to suggestions that IT may be a biological or semibiological measure of intelligence(Deary & Stough, 1996).
Despite this previous research, there has been little research examining the biological correlates or causes of IT. Deary and Caryl (1997) have previously discussed studiesexamining the electrophysiological correlates of IT and there have been some recentresearch (published in the current volume of Intelligence) describing fMRI correlates ofIT performance (Deary, Simonotto, Marshall, Goddard, & Wardlaw, 2001). Data from brainimaging research allow hypotheses to be evaluated ascribing the influence of differentneural regions on IT performance. However, brain imaging data, particularly at thisrelatively early stage of research, do not allow us to infer the events at a neuronal levelunderpinning IT performance. A complete biological model of IT, or for that matter themore cognitively complex IQ, requires an understanding at both the brain structural and atthe neurochemical level. It is also likely that an understanding of neurochemical processes(at the level of the neuron) may facilitate an understanding of the genetic mechanisms ofboth IT and IQ as receptors and neurotransmitters are intimately involved in gene regulation(Stahl, 2000). Pharmacological agents that act on receptors that underlie the secondarymessenger system send signals that ultimately regulate the expression of our genes. Thepresent article reviews recent work primarily from our own laboratories, in which we assessthe relative contribution of several key human neurotransmitters on IT performance in 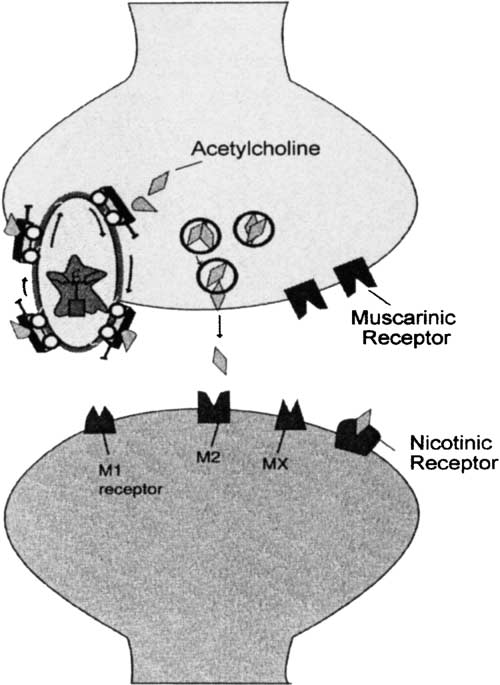 C. Stough et al. / Intelligence 29 (2001) 511–522 healthy participants. We outline our theory and empirical support for a predominantlycholinergic basis for IT.
2. Acetylcholine, cholinergic neurotransmission, and IT 2.1. Early work on the pharmacology of IT: nicotine Work in this area first developed from our observation that nicotine enhanced both intelligence test performance (Stough, Mangan, Bates, & Pellett, 1994) and information-processing correlates of IQ such as DT from the Jensen RT paradigm (Bates, Pellett, Stough,& Mangan, 1994), the string length of the auditory evoked potential (AEP; Stough, Bates,Mangan, & Pellett, 1995), and crucially for present considerations, IT (Stough et al., 1995).
Attempting to understand this effect led us to propose that IT and indeed the variance that ITshares with IQ was predominantly mediated by cholinergic neurotransmission (Stough et al.,1996; Thompson, Stough, Nathan, Ames, & Ritchie, 2000). Fig. 1 illustratively outlines thecholinergic system in which presynaptic nicotine receptors, when activated by a suitableagonist (e.g., nicotine), release the neurotransmitter acetylcholine (Ach) across the synapse Fig. 1. Diagrammatic representation of the cholinergic neurotransmitter system: presynaptic neuron, synapse,postsynaptic neuron, cholinergic receptors (both muscarinic and nicotinic), acetylcholinesterase inhibitor, and theneurotransmitter Ach. 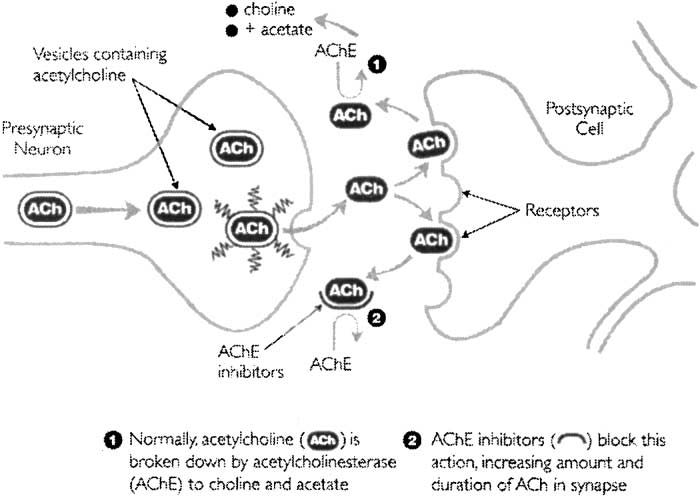